How to Use Teamviewer to Boost Productivity in the Office

Explain Who is a Field Engineer & his Skills

What Is The Difference Between Payfac And ISO

The Difference Between Payfac And ISO

PayFacs(payment facilitators) as a service and Independent Sales organizations(ISO), both act as an intermediate between payment processors and merchants. Apart from the high-level similarities, there are a few differences between how ISO and PayFacs work.

This includes responsibilities they make, their relationship with the payment processor, and the risk the processor comes with.

Despite the similarities, ISO and PFs have many differences, read below to know how these things contradict each other:

One of the major differences between ISO and payment facilitators to which the merchant is linked to. For ISO, the merchant’s contract should include the non-profit payment processor whose services they are using. You can include this ISO in the contract as the third party. Not all ISO comes as a part of a merchant agreement, instead, they only need to deal with the processor after the merchant signs the agreement.

On the other hand, PayFac is only responsible for making its sub-merchant portfolio. Merchants come into the agreement directly with the payfac and separate from the payfac agreement along with their payment-processing partner.

This processor can be an intermediate or a party of the contract between the PayFac and the merchant. Having a two-party agreement with the merchant offers payfac with complete control of their portfolio as well as helps them achieve the level of portability that is way better than the ISO.

For Payfacs, funding is the most flexible area. It can be done either through the bank account that is linked to the respective account or from the other party. However, in the case of ISO, they cannot touch funds or the money present in the processing system.

Sub-merchants who work under PayFac don’t have their own merchant ID, and the transactions made are processed through the master merchant account.

Combining both, this type of processing means that the funds are first paid to the PayFac (which distributes it to the merchant); the PayFac then acts as a funding organization for the merchant.

Risks associated with the PayFac are more than the ISO because, in PayFac, you need to trust the third party for underwritings and to keep a check on merchants.

However, in ISO, you have zero responsibility for any losses that happen by the merchant. Also, no payment processor is ready to absorb the associated risks. This means that both PayFac and ISOs have to accept high responsibility. High risks also come with great benefits and can ask for a high price.

On the other hand, payfac has to be very careful with the underwriting; this means high-risk assessment and costly underwriting departments. But, retail ISO has no underwriting liability and comes with no liability for dealer losses. There might be a few losses of their own fraud sales.

The difference between the ISO and the PayFac begins with the merchant agreements. Although according to the manual credit card processing brand rules, the two parties can make an agreement between the sub-merchant and the Payfac, the sponsor bank must be involved when the ISO is included.

Sometimes, when the ISO is an entity selling services, the contract comes between the merchant and the sponsor, while other times the ISO itself is included in the third-party agreement.

Application, monitoring, and onboarding: A PayFac is liable for all the risks possessed by the merchants, which may affect how the merchant handles an application, and its onboarding and monitoring process. ISO’s responsibility can also be different compared to the sponsor agreement.

Some ISO called wholesale ISOs are responsible for the risks possessed by merchants while others, called retail ISO are not. In both cases, sponsors have specific requirements regarding the merchant oversight that ISO and PF should stick to. PFs on the other hand can create their own sub-merchant application and can develop their own process for onboarding, underwriting, and monitoring.

And since sponsors have various requirements, they possess more stringent rules for ISOs; in most cases, the ISO must stick to the direction regarding how onboarding should be performed.

ISO is more flexible as compared to the PayFacs as they act as a reseller and can resell. This provides more options to the merchants. On the other hand, PayFacs are less flexible as they keep their operations simple by not including more than two processing partners.

PayFacs need more technology as compared to the ISO. Both need to have their in-house systems to connect with the processing partners. But, ISO needs less technology as it has less complex projects than PayFacs.

There are other popular technologies that PayFac and ISO use to take advantage, improve merchant acquisition, and reduce cost. One such technology is client asset management software, a platform that offers prospecting, selling, and maintaining tools that ISO and PayFac need to stand apart in the market.

PayFac offers a huge variety of functions as compared to the ISO. Most ISO resells the merchant accounts that are issued by the acquiring banks. However, payfac plays a key role in the merchant lifestyle, some of the common functions performed by the PayFac are payment processing, funding, reconciliation, reporting, settlement, and chargeback handling.

ISO acts as resellers, the more products they resell, the more options they will be able to offer to the dealers. This will also increase the flexibility and the cost they will receive from the merchants. This access to a wide range of opportunities needs more partners and thus ISO has a good relationship with most of the payment processors.

On the other hand, Payfacs are the opposite, as they can handle all their sub-merchant transactions, and having a large number of partners will be of no benefit. Most PayFacs don’t have more than two processing partners and sometimes they work with one partner only to make processing simple.

PayFac and ISO, though have many similarities, but they do have fundamental differences that keep them apart. The options Payment merchants have in boosting their business allow a high degree of control over the merchant experience as compared to the ISO.

However, with this, there’s a high need to manage risk. Irrespective of whether businesses act as ISO or PayFac, they need to protect the integrity of the payment system.

Megha is a CRM manager at Signity Solutions. Apart from work, she is passionate about blogging and loves to write in her free time. Her writing skills are diversified; she has written blogs for an assortment of niches and industries. 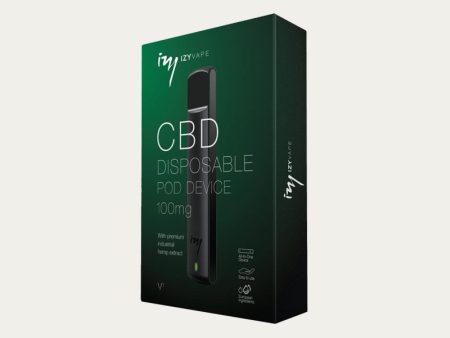 How to Use Teamviewer to Boost Productivity in the Office

Explain Who is a Field Engineer & his Skills

When do you need an eviction service